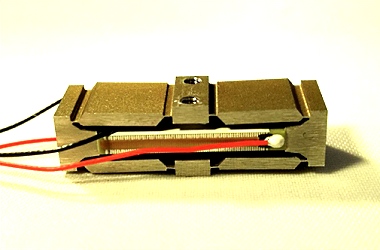 Mechano Transformer Corporation has developed displacement enlargement mechanisms using a unique lever principle. The enlarged displacement achieves one hundred times that of the piezoelectric device itself and has the following advantages:

The operating principle of the MechaTrans®D-Series